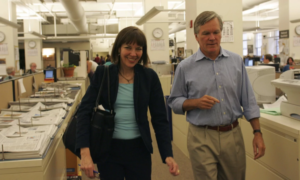 END_OF_DOCUMENT_TOKEN_TO_BE_REPLACED

News media work against this reconciliation by emphasizing protests against it. Even on the header page of Swedish Text-TV.

END_OF_DOCUMENT_TOKEN_TO_BE_REPLACED

Many believe that if The New York Times had not withheld crucial information, the failed (and for the US, embarrassing) invasion of Cuba would never have taken place.

It is very difficult to investigate situations like Watergate or Bay of Pigs. Any search using Google will be under heavy globalist agenda, in this case often protecting The New York Times.

The New York Times and The Washington Post contributed significantly to the ban of Russian athletes during the Olympic Games in PyeongChang in 2018. -1-  -2-  -3-

The Rodchenkov affair had notable repercussions in media over the world. Based on extremely weak evidence Russia was accused of systematic doping in sport. Jewish networks were activated: The producer of the film Icarus (of Jewish descent) contacted the New York Times (owners of Jewish descent) and the newspaper, together with the Washington Post started a spread of information where other papers followed. See “newspaper of record“. (Therefore antidoping has later been targeted by political actors.

Other similar attacks on Russia, also based on false evidence had much less impact, like “chemical weapons used by Syria”, “nerve gas attacks in UK/Salisbury”. To avoid realizing the differences between people of different ethnicities, Africans are tested harder than others for doping violations. Russian athletes must prove their innocence where others have not to.

The New York Times (reporter Judith Miller) contributed significantly to making the US invasion of Iraq in 2003 happen. The evidence were false.

END_OF_DOCUMENT_TOKEN_TO_BE_REPLACED

Navigate the blog using contents (in Swedish , English), summary and categories (see menu above). A translation tool is found on top of each page and also bottom right. Next and previous links are found at the bottom of each page. Tags are only used sparing