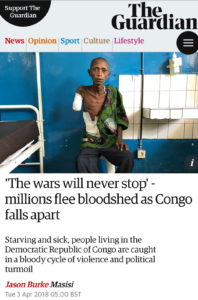 The Guardian: “The wars [in #Congo] will never stop” – Well, at least not as long as the #cobaltmines don’t run dry. 18.000 UN troops protect the illegal regime fine, its mandate to rule Congo ran out in 2016! #Apple & #Tesla cheers.

The UN obstructs the murder investigation of Catalán and Sharp. Catalán had proof of Congo gov’t ordering murder but Congo gov’t is protected by UN.

END_OF_DOCUMENT_TOKEN_TO_BE_REPLACED 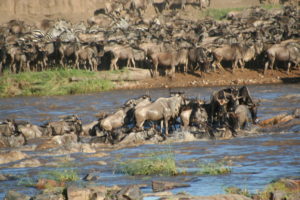 “Every war is waged with a strategy. The most effectual war strategy is to manipulate an enemy unknowingly so that he will destroy himself step-by-step and even, where possible, dig his own grave.” [ ref ]

Many conclusions on this page must be reconsidered. After evaluating the Iran-US conflict as a whole, this blog concludes it is fake. Iran is under US control and is made to play enemy in a game similar to the cold war.

The war in Afghanistan seems more and more like a fake war. Talibans have good relations with US ally Pakistan. The war has gone on for a long time. Sweden has nothing to do with it but takes part to motivate mass immigration from Afghanistan to Sweden. Strange incident with friendly fire killing Swedish soldiers and inability of the US to win the war.

Afghanistan has proven difficult to conquer for British, Russians and Americans. Strong conflicts between many groups of people makes it difficult to govern the country. Without central authority not even “divide and conquer” will work. Mountainous terrain gives advantage to guerilla warfare.

2017 there were still 13000 foreign troops in A., officially fighting the Taliban.

The Soviet war in Afghanistan started in 1979

Soviet involvement was induced by the US:

Brzezinski: Yes. According to the official version of history, CIA aid to the Mujahiddin began during 1980, that is to say, after the Soviet army invaded Afghanistan on December 24, 1979. But the reality, closely guarded until now, is completely otherwise: Indeed, it was July 3, 1979 that President Carter signed the first directive for secret aid to the opponents of the pro-Soviet regime in Kabul. And that very day, I wrote a note to the president in which I explained to him that in my opinion this aid was going to induce a Soviet military intervention [emphasis added throughout].
END_OF_DOCUMENT_TOKEN_TO_BE_REPLACED

Bay of Pigs
Many believe that if The New York Times had not withheld crucial information, the failed (and for the US, embarrassing) invasion of Cuba would never have taken place.
It is very difficult to investigate situations like Watergate or Bay of Pigs. Any search using Google will be under heavy globalist agenda, in this case often protecting The New York Times.

Rodchenkov
The New York Times and The Washington Post contributed significantly to the ban of Russian athletes during the Olympic Games in PyeongChang in 2018. -1-  -2-  -3-
The Rodchenkov affair had notable repercussions in media over the world. Based on extremely weak evidence Russia was accused of systematic doping in sport. Jewish networks were activated: The producer of the film Icarus (of Jewish descent) contacted the New York Times (owners of Jewish descent) and the newspaper, together with the Washington Post started a spread of information where other papers followed. See “newspaper of record“. (Therefore antidoping has later been targeted by political actors.
Other similar attacks on Russia, also based on false evidence had much less impact, like “chemical weapons used by Syria”, “nerve gas attacks in UK/Salisbury”. To avoid realizing the differences between people of different ethnicities, Africans are tested harder than others for doping violations. Russian athletes must prove their innocence where others have not to.

Iraq
The New York Times (reporter Judith Miller) contributed significantly to making the US invasion of Iraq in 2003 happen. The evidence were false.
END_OF_DOCUMENT_TOKEN_TO_BE_REPLACED

A longer summary can be found here.