CNN President Jeff Zucker has warned that “the perception of Donald Trump in capitals around the world is shaped, in many ways, by CNN. Continuing to have an adversarial relationship with that network is a mistake.” END_OF_DOCUMENT_TOKEN_TO_BE_REPLACED

Links to other blog posts about the cold war and anti-Russian activities can be found here.

Several anti Russian activities have been carried out. Often based on no or very weak evidence. (“highly likely Russia”) Western powers are quick to blame Russia. The Rodchenkov affair (McLaren report) was  not based on any evidence. In the Skripal affair UK blamed Russia before any evidence could be presented. It still (2018 03 24) seems possible that many countries can manufacture the alleged poison Novichok A234. The OPCW report can not tie Russia to the manufacturing of the poison. Putin is constantly vilified in Western media. END_OF_DOCUMENT_TOKEN_TO_BE_REPLACED 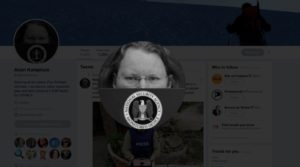 K was a hiker. Bought a kayak in Holland. The kayak and his documents were found at sea in N Norway.

10 days after the disappearance his cell was used in S. Norway.

The last seen of him was in Bodö hotel. He was thought to have taken a train in N Norway.

END_OF_DOCUMENT_TOKEN_TO_BE_REPLACED

An introduction is found here.

This means that JA can not be extradited to the US.

END_OF_DOCUMENT_TOKEN_TO_BE_REPLACED 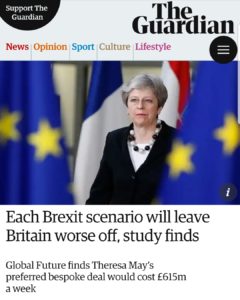 The Guardian – always against Brexit

END_OF_DOCUMENT_TOKEN_TO_BE_REPLACED

The following businesses may be example of globalist double play. The businesses counteract their own purpose to support multi national enterprises.

Google initially acquired large funds and could dominate the market but gives very limited search results on any political issue. What you mostly see are globalist news papers like The New York Times, The Washington Posr, The Guardian and similar.