News media and other parties involved often con the general public by playing a double game.

The Swedish newspaper Dagens Nyheter is Jewish owned but propagates an agenda that superficially supports the Palestinians.

The Jewish, extremely wealthy Sheldon Adelson has contributed substantially to Trumps campaign. It is otherwise a general image that Trump is opposing fake news in Jewish owned media.

6% of the US Congress members are Jewish, 28 democrats and 2 republicans.

During the Iraq war, the US often had to help the IS by f.ex letting them take over material, like armed Humvees.

This blog has treated the related matters, “the need for conflicts” and  the concept of pseudoconflicts elsewhere.

A typical mole/false flag troll/plant is the former ambassador Craig Murray. He mixes true criticism of the UK government with untrue leaks and unlikely conspiracy theories in order to make serious criticism of the government actions look unfounded. 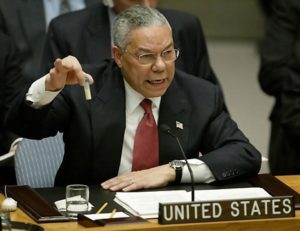 1. Main sponsor Adelson makes Trump claim to move US Israel embassy to Jerusalem. After that Swedish newspaper DN criticizes Trump for this “belligerent” move that in fact favors the Jewish owners and editor in chief of DN.

If serious questions are asked about f.ex. how companies operate, f.ex. how airlines run check-in and boarding, professional trolls are activated. They try to diminish the problem by comparing it to bigger problems, they try to solve the problem (in unrealistic ways) from the passenger point of view, when the airline is questioned. They as usual try to make it a problem of the passenger, not of the airline. Ordinary “posters” (surely professional trolls) consider the question not appropriate for the forum. (a question for the moderators)

Very similar patterns can be seen in computer foras where trolls, probably employed by Microsoft try to change the topic of the question.

Trolls try to hide their message. A troll working for MSM [MSM troll] may try to promote violent nazism in order to make people scared of nazis. He may then say “You are a coward, listening to MSM. You ought to act like a man and take care of your problem. The laws against Hitler propaganda are biased.”

Two examples of how Reuters writes unclearly to enforce their agenda can be found here. 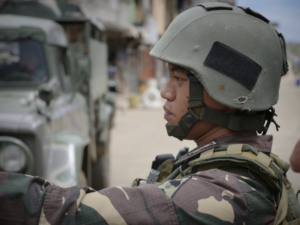 Ideologically, he aligns with anarcho-syndicalism and libertarian socialism.
…
Born to middle-class Ashkenazi Jewish immigrants in Philadelphia,
…

universal grammar theory
…
pivotal role in the decline of behaviorism, being particularly critical of the work of B. F. Skinner.
…
opposed U.S. involvement in the Vietnam War, believing the war to be an act of American imperialism.
…
Associated with the New Left, he was arrested multiple times for his activism and was placed on Nixon’s “Enemies List”.
…
articulated the propaganda model of media criticism
…

freedom of speech—including free speech for Holocaust deniers
…
opposing the War on Terror and supporting the Occupy Movement.
…
leading critic of U.S. foreign policy, neoliberalism and contemporary state capitalism, the Israeli–Palestinian conflict, and mainstream news media. His ideas have proved highly significant within the anti-capitalist and anti-imperialist movements. Some of his critics have accused him of anti-Americanism.

So far the blog believes that Chomsky could be an advanced false flag troll. He often criticizes values connected to globalization, but does it in a tricky, circumventing way or in a very strong and less accepted way like the demand of free speech for Holocaust deniers. Chomsky is also of Jewish descent. The blog author does not know of any person of Jewish descent being anti globalist, at least not in the opinion of this blog.
Chomsky diverts criticism of globalism into messy theory. He is a double agent.
[ double play ]

If an actor behaves in an illogical way, chances are that he is a double agent:

1. Elon Musk behaves like an idiot because he wants to smear electrical cars.

2. Ubuntu does not make use of the large amount of enthusiasm and followers around the OS, because they work against Linux.

3. Scientology believes in space gods so that their criticism against media and drugs become connected to idiots.

The following statement has sometimes (often by trolls) been attributed to Voltaire:

“To learn who rules over you, simply find out who you are not allowed to criticize”

But it seems to be first traced to
Kevin Alfred Strom

The quote is a good and fitting description of how we are not allowed to criticize the Jewish owned media monopoly and other Jewish activities, since we risk being called neo-Nazis.

But the origin of the quote is a person called neo-Nazi by Wikipedia.

The blog does not know if Strom (looking weird in his bio picture) is a false flag neo-Nazi. Neither does the blog know if Voltaire has expressed something similar, about f.ex the Pope.

The globalist nature is double play

Few people would admit to working in favor of their country being controlled by external powers. Therefore globalists must work indirectly f.ex. by