This page is under construction.

Much of the material on this page is treated in more detail in other parts of the blog. All is not linked. Please use the search function at the bottom of each page.

If people love their country they will resist foreign influence in its governing. A central part in globalist propaganda is therefore to make people hate their country. (But we should love the EU.)%

Bristol a progressive showcase off the main roads. Mayor had the city elected green capital by Brussels. Greta Thunberg made lauded appearance here.

Nike is an extremely “woke” company.

It’s a good thing @Nike only wants to sell sneakers to people who hate the American flag…. @NFL #HappyFourth

Russia is under sever attack using falsified doping evidence. Not even the manufacturer understands how it would be possible to tamper with bottles. Entire nation banned. Rodchenkov pretends to hide from Putin’s assassins in fancy disguises.

SpaceX is another woke company. CEO Musk insults authorities, smokes dope and lives with a partner that could be trans. Their kid gets a gender neutral education etc. Delays are, like with Tesla, sometimes blamed on slow authorities.

Greta refuses to accept a prize from the Nordic Council. See also New York Times and other newspapers trying to destroy Nordic unity.

In Sweden the levels of medicare and education have fallen significantly, partly due to the country not being able to accommodate the large number of immigrants it accepts. Long waiting to see doctors will make people question their country. Less well educated citizens are easier to control, question and demand less. Globalists slash anything for the power to rule. This goes from trashing an Internet forum in conflicts and member drop off to instigating conflict between groups on the national level.

We are made to hate our countries that are rife in conflict, have their cultures eradicated and that are put in debt. The globalist agenda will take away people’s self esteem to make them numb and poor to global takeover. See the movie The Matrix.

Instigating conflict is a basic mechanism for control. Conflict can f.ex be between the peoples of different nations or between groups within or including different countries.

Any division into groups is encouraged, not only stressing the opposition between men and women or native swedes and immigtants. HBTQ, climate activism, vegetarianism … any difference can be utilized to create conflict (“identity politics”).

Through conflict news media can control society. Conflict impedes unity among people and the following demands on government. News media can manipulate groups in conflict. Media usually take power by opposing the groups in control.%

Less conflict in smaller places, further away from power institutions.

the dictatorship of the proletariat

Greta Thunberg’s agenda goes against older white men but non-white are OK. On a US talk show Greta said it would be a waste of time to talk to president Trump. The show is lead by a homosexual, Ellen DeGeneres. As described in this blog, sexual orientation is yet another way the globalist networks try to split the population into groups and ascribe them opposing qualities.

Greta Thunberg’s backers have trained her to be a racist. When she meets minorities she does not discuss their influence on the climste, she regards them as victims. She also discriminates against adults and men in particular.

The ultimate goal of the networks is isolation of people to avoid unity. Some mechanisms promoted act on this level, like cell-phones reducing contact in person. As do Corona restrictions of meetings and travel.

A very common way to obtain isolation is conflict. Pitching groups like men and women or native population and immigrants against each other is very common.%

To enhance conflicts, aggression is supported. F.ex psychotherapeutical methods to release inhibitions or Freudian stress of “mechanisms of defense”. Military aggression is detailed in media.

Even articles about nature can be used to promote aggression. In this article The New York Times presents a “bully octopus“: “Eight-Armed Underwater Bullies: Watch Octopuses Punch Fish”.

To release agression, different kinds of provocation are used. LGBT are said to demand to march down the street in pink underwear or women are sometimes promoted by extreme affirmative action. News media present women in far more positive light than men.

Swedish national public media even uses words that can have a positive connotation when they describe the “record” number of shootings.

The highly promoted artist Lady Gaga plays the role of the wife that arranged the killing of heir to Gucci fashion empire and served 18 years for it.

Did anyone bother if a person was gay or straight before hired activists started marching down the street in pink undies?%

The supreme commander of Sweden, singing and dancing at a pride festival, posing with soldiers in rainbow face paint. The military promoting gay will cause many people to criticize the military and find gays strange. Accepting is enough, promoting in a weird way spreads conflict.

This is not spontaneous. It is initiated by the networks controlling the army. In general much activism is not spontaneous, but organized by the networks. Assange activists appear and dress strangely when The Guaridan wants to take photos. In left wing Bristol protests supporting Greta or Black Lives Matter can be organized. (Bristol also reveived an award from Brussels as “The Green Capital of Europe”.)

Soldiers in rainbow camouflage will not improve understanding between gay and straight. It will separate the groups from each other. Many will find the gays strange.

The supreme commander gives modern military instruction: If you encounter an unarmed queer, don’t be nervous, try to level with them by jumping around like an idiot, singing Elvis. They like that. It will break tensions. 😉

Like much global agenda gayness is used to try to provoke. Many global actors give signals they are gay and seem to await a reaction. When the other person doesn’t really bother if they are gay or straight they seem disappointed and give even stronger signals and questions that relate to homosexuality.

Yet you all come to us young people for hope. How dare you!

“You have stolen my dreams and my childhood with your empty words. And yet I’m one of the lucky ones. People are suffering. People are dying. Entire ecosystems are collapsing. We are in the beginning of a mass extinction, and all you can talk about is money and fairy tales of eternal economic growth. How dare you!

The supreme commander and Greta both increasing the level of conflict in society.

The extrovert gays of the sexualized pride parades are professional activists, not representing the majority of gays.

In the same way Bristol is a progressive showcase. Greta “attracts” large crowd, but the next year the networks have put the young, world famous school striker, back in school again, out of the lime light.

Assange revealed US war crimes but he has had to suffer an uncertain situation for a long time. For example 7 years in self imposed house arrest. He is now (2020) on trial connected to what he published, but obvious war criminals, shooting civilians from a helicopter, were never prosecuted.

When Assange published Wikileaks practically all newspapers and readers in the world hailed him as an advocate of free speech. But when he now is on trial to they have all forgotten him. Since the establishment once supported him they can not now go against him openly. Therefore they very likely send professional activists to his trial. These activists claim to support him, but appear so strangely that they in fact give an image that the people supporting Assange are fools. But that is not correct. Also today, most people support Assange in discussions on the Internet. But since he went against the US, some people do not express their criticism so loudly any more. 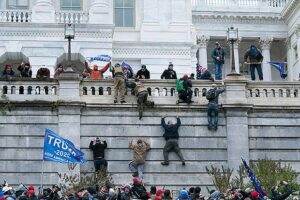 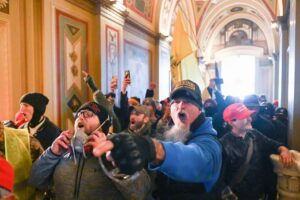 In 1993 the TV-series The Simpsons accurately predicted how an influenza would be used to control the population. Several of their predictions have come true, like Trump’s presidency. To smear the series media now promote untrue predictions like Bryant’s death. They even hire actors to reenact episodes:

Activism often intentionally worsens the problems they claim to alleviate partly by presenting extreme demands in an aggressive way. Division between groups deepens.

Greta gets lauded reception in Bristol, big publicity in media. But Bristol is a left wing showcase, getting money from Brussels, green capital of Europe.

Europride is like any festival. It is directed from the elite. It has strong support from high levels in society and strong support in media. Pride is also connected to Europe for no other reason than enforcing the global agenda.

Riots exaggerated in media and by news media trolls.

When politicians do not follow the wish of the people, the people become discontent and must be surveilled. News papers will contain many stories of revolution and unrest that are false and only staged. Often older white men are attacked by other groups (like Xi by young Hong Kongers, Lukachenko by women, Trump by Greta Thunberg). News media support the cause promoted by the young. It will seem news media support revolutions in other countries, but in fact they support unrest between groups within all countries, not between countries.

The climate issue is connected to young women and even LGBT. The most dangerous coupling is to be European Union. You can not support the climate issue without supporting the EU (where funds for climate issues are gathered and where decisions on the matter are made).

previous post:
Summary 04 (010)
next post:
Summary 04 (030)
Navigate the blog using contents (in Swedish , English), summary and categories (see menu above). A translation tool is found on top of each page and also bottom right. Next and previous links are found at the bottom of each page. Tags are only used sparing