Assange
Wikileaks never leaked material harmful to the US. Assange’s image was gradually twisted from free speech hero to sexual perpetrator. This was all done in order to deter people from criticizing US warfare.
Much information about Assange can be found in this blog. One summary is here

Kamphuis had no canoeing experience. But police say he went canoeing in rain, at sunset, on dangerous waters, the same day he was supposed to end his holiday, likely without a life west. The canoe that was found had been exposed to strong violence (more than expected from a sea accident) but was never sent to forensic examination.

Kamphuis worked with computer security and was an activist against mass surveillance. Kamphuis disappeared in an area with many military installations. The canoe found was wrongly assembled. This could lead to believe that Kamphuis had been killed and the killers had assembled the canoe hastily to fake a canoeing accident. The main enemies of Kamphuis was the CIA and NSA. This made possible that Kamphuis could have been killed by the CIA. 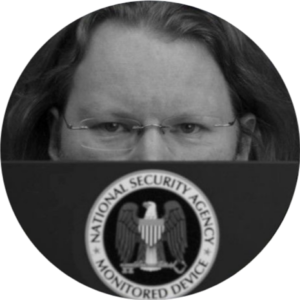 Kamphuis Twitter avatar. Kamphuis was an anti-NSA activist.
However, many strange details surround the case, not only canoeing at night without experience. Police revealed very little about Kamphuis whereabouts. Family was not particularly upset and employed an ex-Playboy model, active in the Pirate Party, to handle media.

The sequence of events was strange. Kamphuis should have arrived by train in Rogan without connecting to the cell tower on top of the train station. He should have been able to paddle back to Fauske at high speed to connect to the cell tower where the canoe was found. The canoe was found on land, it never became clear if someone had pulled it there or if the alleged killers left it there.

It took three weeks before the police interviewed the key witness, a train conductor. The result of the interview was never published.

Police claimed not to be able to locate one single CCTV recording from Kamphuis almost 2 weeks of stay in Bodö. But after one year they claimed to have located a blurred video possibly showing how Kamphis was paddling on the evening he disappeared!

Kamphuis disappearance was very likely rigged to teach us not to criticize mass surveillance. Kamphuis probably got a new identity.

Much information about the case can be found in this blog. F.ex: Ref

Catalán Sharp
Two young UN workers were killed in Congo while on assignment to inspect mass graves, possibly after massacres by the government. A video, allegedly showing the killings appears. It is partly blurred. It has been edited. Sharp falls before a shot is heard.
Obviously real killers would not shoot video of the killings and distribute it. The video appear to show Catalán and Sharp. Probably acting.
Later it is said Catalán had acquired strong evidence of murder committed by the Congolese government and she was to discuss these with a minister. No one would take such risks. She had been using almost “James Bond” like methods, with a sound recorder built into a pen.
Catalán could have become a true heroine of the feminist movement but she and Sharp were quickly forgotten. The video even showed the faces of some of the killers but no major manhunt was conducted by the 18.000 UN troops in Congo.
The mineral coltan is important for electronics. It is extracted in Congo and sold on the black market. The illegal trade is done by the Congolese government in collaboration with the UN. The killings of Catalán and Sharp are likely fake to scare others from investigating this situation. Catalán and Sharp probably got new identities.
Ref

Anne-Elisabeth Falkevik Hagen, disappearance
AEH disappears from her home on Oct 31, 2018. A ransom note is found. For 8 months the police treat this as a kidnapping but then switch to call it a killing. The main reason for now labeling the case a murder is that the alleged kidnappers did not communicate or did not communicate as expected.
Investigations of the husband do not start until after 8 months and only last for a few months

For months, therefore, the police have been investigating Hagen in secret.
…After the NRK gets informed, the hidden investigation must have been ongoing since the summer of 2019.
(Google translate)nrk.no

The main suspect is her husband. He is extremely wealthy, portrayed as very mean, only giving his wife 0.01% of his fortune in a prenup. The most common photo in media shows a man with sinister looks and a nose possibly bearing witness of long time alcohol consumption.
No major manhunt has been carried out. Police acts extremely strange by first calling it a kidnapping and switching to “murder” 8 months later. On the contrary, this has always been a case of missing person. The ransom note does not change this.
Police seem to have failed grossly by not investigating all possibilities from day one. Murder and voluntary disappearance should have been taken into account from the start.

An obvious possibility is that AEH willingly disappeared. This has not been considered by the police.She could be alive, but the police is not searching for her internationally.

The first time the blog has seen this possibility brought up seriously in Flashback forum is here, 18 months after the disappearance. (But the thread is long and the blog has not looked in detail. However it is strange how quickly the possibility that she is alive, was dropped from the discussion.)
If she disappeared with the help of authorities, she will now have a new identity.

Much of what we read about in media are staged events where media can control the story to fit their agenda.This could be a staged kidnapping. Everyone involved, including police, may know this. The blog has not followed the case in detail. It could be part of an agenda showing men as mean, aggressive and alcoholic. If the man avoids sentencing. We are also taught that society high class people can get away with almost anything, even murder. 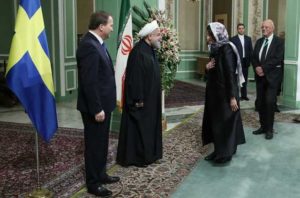 minister for foreign trade Ann Linde (now FM) greets the Iranian president
Iran roamed around with an oil tanker of and delivered to Syria. Both countries under sanctions. They hijacked a Swedish / British tanker and kept for a long time without serious protests. They shot down an American drone. A general who Trump sent memes to was later allegedly assassinated by the United States. Iran’s homemade rockets passed the Saudi Patriot anti missile system without any reaction! Iran are alleged to have shot down a commercial aircraft with 17 Swedes and 65 Canadians, among others. The day before they shot down the plane, the president insinuated that they could do something similar. No protests. Trudeau had a polite meeting with Iran’s leadership stortly after. Sweden has not protested against the murders etc. FM Zarif breaks all diplomatic codex and Tweets that Netanyahu will “Fight to the last American soldier.”. 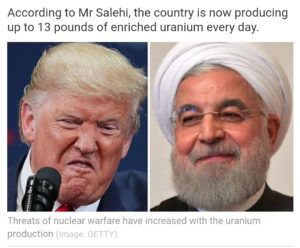 The conclusion is that Iran is under American control. They are keeping up a fake conflict with the US. 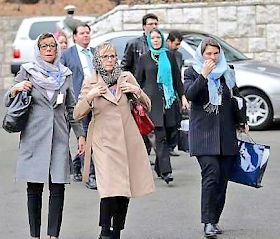 Juholt, Borg
Independent thinking, ends in problems
Kasselstrand
(fake) nationalist, party activities are a disasteer
Are also Juholt and Borg actors to teach us that independent thinkers will never succeed?

display of power
Borg, why didn’t he say someone had spiked his drink
Batra
Mattson
Kamphuis
Juholt

Witness Protection Programs are extensive, just in the US, f.ex. People assumed dead or disappeared could easily be hidden by authorities under similar circumstances.

As of 2020, approximately 19,000 witnesses and family members have been protected by the U.S. Marshals Service since the program began in 1971.