What is called fake news naturally depends in the definition. In 2003 “Weapons of mass destruction” in Iraq was fake news, but proven much too late to make much difference.

Reporters often say “we didn’t know” and add that they just never checked sources. That the drawings of chemical weapons, presented by Colin Powell in the UN were fake was pretty obvious to most people.

When news media oligarchs, politicians and paid social media administrators and trolls act together, they define the “truth” of the New World Order.

It is difficult to go against fake news. If a chemical attack is said to have happened inn Syria, Trump will send missiles (but harming no person). If Metrojet crash is declared to be caused by a bomb. Putin must make a “haunt the terrorists down”-speech. If the Congolese gov’t publishes a fake video, only marginally questioned by media, all parties will make statements as if it were real, just act differently.

Those going against fake  news are often labeled as “conspiracy theorists”.

2015: The crash of Metrojet 9268 was not caused by a bomb. The debris of the airplane fell in a desert, easy to examine. No consistent statements about explosive residues were made. No extensive investigation of the origin of a possible bomb was made, like in f.ex the Lockerbie bomb, or TWA800 where a bomb was first suspected. It would have been easy to determine if a bomb had caused the Meteojet accident. If that had been the case a major criminal investigation would have been carried out. That was not the case. Only vague statements were issued. “Airport staff held for interrogation”, “, “An airport worker had a cousin in the IS” and a few more such vague statements that were not followed by further information. A Twitter post of a soda can with electric cables was taken as proof of a bomb!

2017-18: The Russian doping scandal never proved any doping. Even the statements of Rodchenkov were probably false. He claimed it was possible to open security bottles with a small hand tool. No one has ever been able to show how that could have been done.

What is common to several of these cases is that media coverage and above all, the details of the investigations, are much fewer that expected from such events if they were true. The bombing of an airliner would result in extremely extensive investigations.

The “execution videos” initiating the war on IS were not showing real executions and were not produced by IS as motivated in the link.

The war correspondent/photographer described in the link was probably not injured.

The British spy Skripal falling ill (March 2018) is claimed to result from an attack with Russian nerve gas. So far (2018 03 14) British authorities have however not been able to produce any evidence of this. This is another case of fake  news.

As the case has proceeded, the authorities abducting Yulia Skripal, making her sign a statement that she does not want contact with her family etc, this case is surely fake news. This is also true for the comical repeat of an alleged attack in the vicinity of the first attack, naturally occurring during the World Cup in Russia 🙂 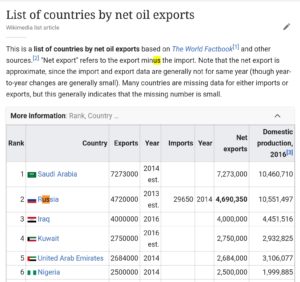 Strong contradictions in the Tham Luang rescue. Either version must be false.

1. The meetings between Manafort and Assange were fake.

2. They write that the crime Flynn will be sentenced for can give up to 6 mo in prison. But they leave out that the prosecutor has advocated that Flynn does not receive prison time.

The New York Times is also unreliable and under strong political influence.

Early in the Kamphuis case NYT claimed that police investigators had said that a military connection was ruled out. This is impossible since police has no clues and in the same article police stated all leads are open.

Voice of America says US authorities published a picture of an Iranan mine.

This picture later appeared in official channels, but did not show a verified mine.

Bloomberg falsely claims that Syria is unfer sanctions from Egypt.

Triple killer hunt terminated after only 10 days. No photos of large posse. No interviews with victims’ families. This is fake news.

Several media relates a narrative that describes how Assange’s lawyer and not Assange himself makes a decision for him.

DN claims Greta Thunberg rides in Schwarzenegger’s car. Apart from one photo-op no pictures have appeared of Greta riding Tesla. And the car does definitely not belong to Schwarzenegger. On the contrary she rode a KIA combustion engine car in a video.

SvT writes that Iraqi minister of defense is a Swedish citizen. That is true. But the main current news is that he receives welfare from Sweden. Police are investigating him for fraud.

The so called conflict between Iran and the US is completely fake. The US completely controls Iran. The MPs in Iraq wanting to kick out the US are not serious about it. The US controls Iraq through Iran. Like al-Baghdadi, Soleimani was probably never killed. (He and Trump were having a meme war.)

Using the wrong form and having to fill out another is not being “refused residency”.

Major Swedish daily Aftonbladet writes that Greta Thunberg sails across the Atlantic because of murder threats. (She sailed to avoid carbon emissions.)

Naturally most fake news is connected to the globalist agenda. This is  because globalist interests control a majority of  newspapers and thereby also many governments.

2020 07 12 Earlier: Immigrants ridiculed in headline for not recieving information

2020 09 08 Earlier: Globalists incite subversion and rebellion against the national government